The Sizzling Season of Homemade Hamburgers

Find this article at:
go.ncsu.edu/readext?865006
— Written By Cheri Bennett 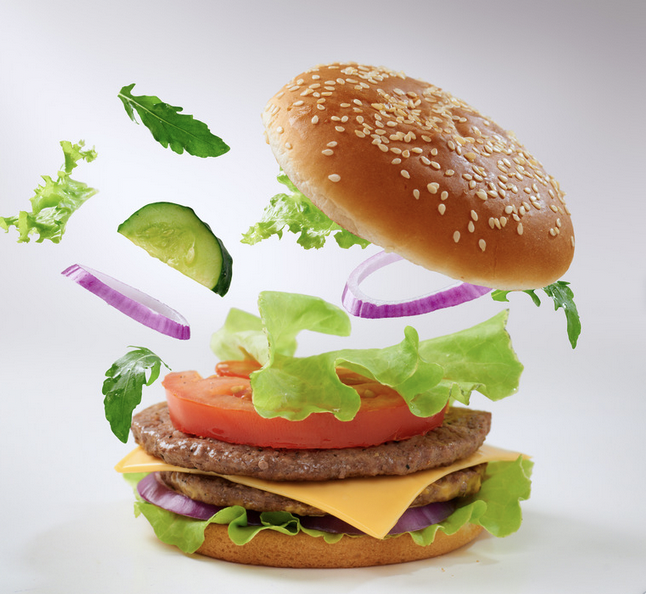 During the month of May we have lots of things to celebrate such as, graduations, family reunions, and the beginning of weekend vacations to the beach or mountains. May is also when we celebrate National Hamburger Day! May 28th is the day designated each year to pay tribute to this amazing sandwich.

In researching the history of hamburgers, I found that the information varies, however, the most commonly found research cites that German immigrants brought a dish called Hamburg style beef to America. This style of beef had been originally brought to Hamburg from Russia around the 14th century. Hamburg style beef was raw chopped beef. Since the Hamburg style beef arrived in America, several cities have claimed to be the birthplace of the hamburger as we know it today. The state of Wisconsin claims that Charles Nagreen made the first hamburger in 1885 when he decided to flatten his meatballs and place them between sliced bread for easier handling and called them hamburgers. Also in 1885, Frank and Charles Menches of Stark County, Ohio ran out of sausage for their sausage patty sandwiches at the Erie County Fair in Hamburg, New York and substituted it with ground beef and named it hamburger in honor of the location where the fair was being held. Perhaps the most popular story about the origin of the American hamburger is that ‘Old Dave’ Davis from Athens, Texas decided to try something new at the 1904 St. Louis World Fair. He took raw ground steak, made it into a patty, grilled it until crisp and placed raw onion on it. He served it on thick homemade toast. Old Dave is also credited for inventing French fries. He served fried potato strips with his hamburgers at the world fair. The idea for the fries was from a friend in Paris, Texas, however, a reporter mistook it to be Paris, France and the potato strips became known as French fries.

Hamburgers are rich in high-quality protein, vitamins and minerals which aid in muscle growth and maintenance. It is also a good source of iron, which may help prevent anemia. When choosing ground beef for burgers select lean meat. Some great choices are ground chuck and 80/20, which means 80 percent lean and 20 percent fat. This meat is lean yet binds together well for burgers.

The safe handling of ground beef is very important for food safety. At the grocery store always place meats in the plastic bags provided in the meat department. Handle the meat using the paper towels also provided in the meat section. This will prevent the meat from cross-contaminating other foods in your cart and that you touch. Preferably, store your meats in a separate section of the cart. Ensure that store clerks bag meats separate from other foods. At home, store meats in the refrigerator on the bottom shelf in a container that will prevent leakage if you plan to cook them within 24 hours. Freeze meats that you want to store for much later use. There are a few methods to thaw meats safely. It is safe to thaw in the refrigerator in a leak-proof container on the bottom shelf. You may also thaw in the microwave, or thaw while cooking. Ground beef should always be cooked to an internal temperature of 160F to ensure that bacteria and pathogens that can cause food-borne illness are destroyed.

Today, hamburgers come in many different varieties. Traditional hamburgers have evolved to include items such as cheese, chili, pickles, lettuce, tomato, ketchup, mustard, special sauces, sesame seed buns and more. Adding vegetables increases the nutrients! Some burgers even have double or triple beef patties. Some people prefer what are known as “smashburgers”, these burgers are very thin. The smashburger originated in Asheland, Kentucky when an employee at the Daily Cheer hamburger shop smashed the meat with a No.10 bean can while grilling. He discovered that this method made the beef more flavorful due to the increase in contact points when meat is “smashed” into the ungreased surface. The burger has a nice crust and is flavorful. This recipe is also great if you eat meat in limited quantities. Here is a recipe to make your own smashburgers courtesy of seriouseats.com: