Find this article at:
go.ncsu.edu/readext?839833
— Written By Nancy Power

Originally from East Asia (Japan, China and Korea), Spotted Wing Drosophila (SWD) fruit fly was first seen in the U.S. in California in 2008, and has since spread to most fruit-growing regions in North America. It attacks blueberries, blackberries, raspberries, strawberries and cherries. More difficult to manage than other fruit flies, it infests ripening fruit as well as already-ripe fruit. The SWD female has an ovipositor (egg-laying appendage like a bee’s stinger) that is saw-shaped to penetrate the firmer unripe fruit. The female lays eggs inside the developing berries. The eggs hatch into white, worm-like larvae. A person eating the fruit would not like seeing these “worms.”  Besides that, the hole in the fruit allows the entry of bacterial and fungal spores that rot the fruit.

The annual national crop loss due to SWD is estimated to be over $1 billion, not to mention over $100 million spent on increased pesticide use. Current SWD control relies primarily on insecticides that kill only adult flies, not the larvae. The crops must be sprayed weekly from the time the berries start to turn color once the flies are known to be in the area. (They do not overwinter here, but move up from more southerly states in springtime.)  Spraying so frequently is expensive, not always effective, and harms non-target species, including pollinators.

A “biological control” agent would be a welcome weapon in the arsenal for fighting SWD. That is where the tiny wasp Ganaspis brasiliensis G-1 lineage comes in. The female’s antennae sniff out SWD larvae even though they are inside the berry. The female lays one egg per SWD larva. Once the wasp egg hatches, the wasp larva eats and eventually kills the host larva, and then becomes an adult. Each female adult lays about 98 eggs. The adult females can find and attack SWD in 100+ non-crop species as well, reducing the number of SWD that migrate into berry crops to begin with.

Biological control (or biocontrol for short) is the use of a natural enemy to control a pest species. The prospective release of G. brasiliensis is an example of “classical” biocontrol, wherein the natural enemy is released with the expectation that it will establish self-reproducing populations. In the most successful examples, the pest needs no further control ever again unless chemical sprays for other pests inadvertently kill off the biocontrol agent locally. Usually, though, the biocontrol agent becomes one of many tools in an Integrated Pest Management program.

Classical biocontrol has proven to be enormously cost effective as a government investment. Even including the unsuccessful attempts, it has a return on investment of hundreds of dollars for every one dollar invested in research.

Ganaspis brasiliensis is a good candidate for classical biocontrol. In spite of having “Brazil” in its name, it is from East Asia, like SWD. In the U.S., G. brasiliensis is expected to establish at least in coastal areas and the southeast where the winters are mild enough for it to survive, based on comparing its native geographic range. Testing with a variety of hosts showed that the G-1 lineage infests only SWD. Such host specificity is important so that the introduced natural enemy does not attack beneficial or native insects, causing more problems than it solves. In Asia, G. brasiliensis parasitizes up to 76% of the available SWD larvae in the wild. For these reasons, G. brasiliensis was approved by APHIS (Animal and Plant Health Inspection Service, a branch of the USDA) for release in the continental U.S. to lessen SWD damage to small fruits. NCDA Biocontrol Division scientists are preparing to start a lab colony of the wasps. Their collaborators at UC Berkeley and the USDA, who submitted the permit request, are working to increase their colony to share with others by early spring 2022.

Even after G. brasiliensis is released, berry growers will still need to employ other tactics to manage SWD. Some chemical sprays will still be needed. Pruning plants to increase sunlight and reduce humidity makes plantings less appealing to SWD and improves spray coverage. Although still being researched, some evidence shows that white plastic mulch may also make berry plantings less attractive to SWD. Removing any un-harvested fruit on the ground and on the plants reduces the number of SWD that might lay eggs in later-ripening varieties. Timely harvest of fruit as soon as it ripens reduces the exposure of fruit to SWD. Chilling berries right after harvest to 32°–33°F slows or stops the SWD larvae from developing.

If all goes as expected, the NCDA Biocontrol Division will receive wasps next spring. If the scientists can establish a G. brasiliensis colony in the lab, wasps from the colony will be released into berry fields. The micro-battle will begin. This time next year, I may be letting you know the outcome of Round One of SWD vs. G. brasiliensis in North Carolina. 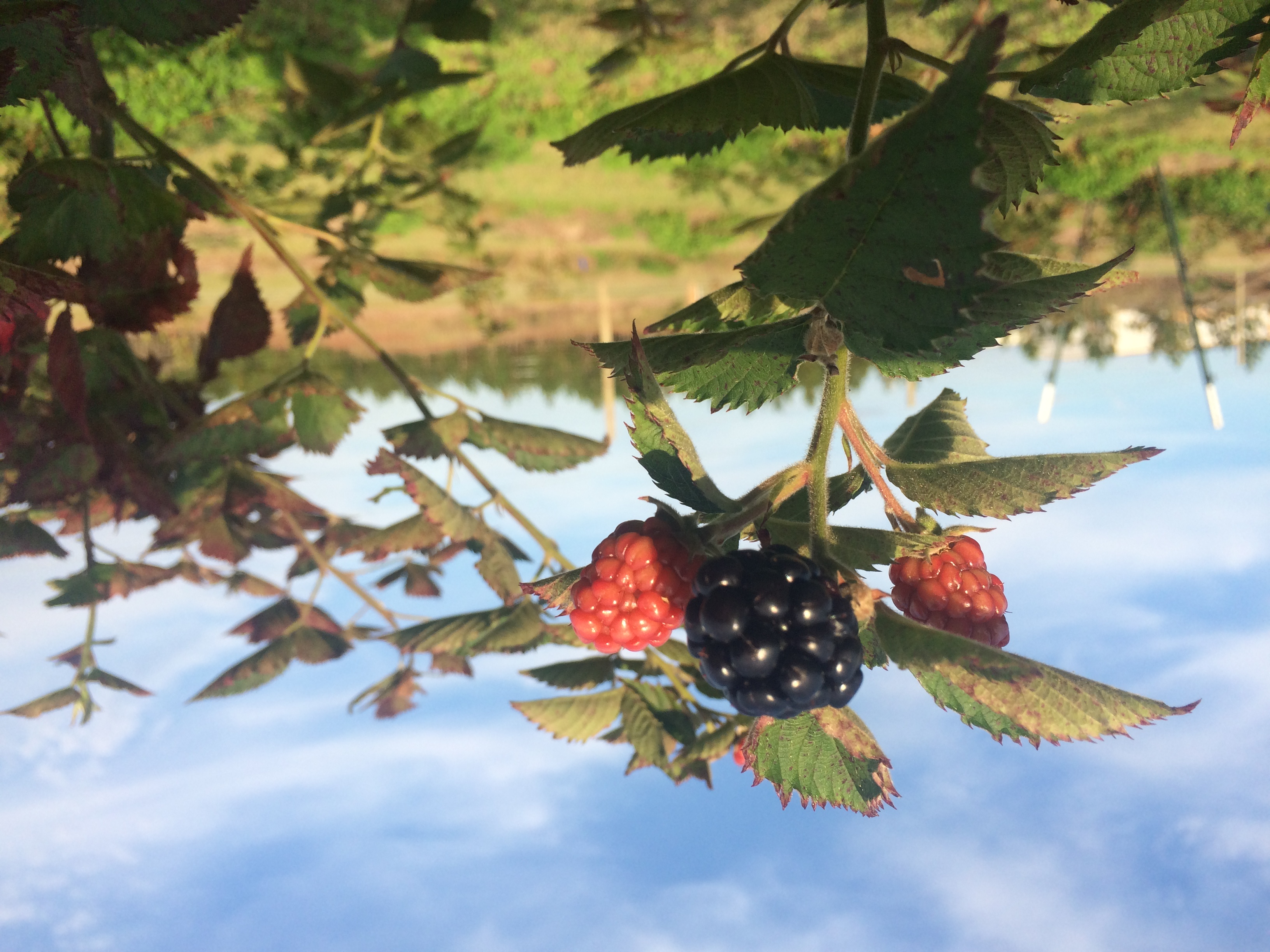