Find this article at:
go.ncsu.edu/readext?796000
— Written By Nancy Power

Retired Richmond County farmer John McInnis learned to grow produce from his friend David Sherrill. McInnis grew commercial vegetables from 1980 – 1999 for grocery store chains, local grocery stores and the Rockingham farmers’ market. While John did the growing, his late wife, Velma, oversaw the packing and quality control. “We’re not gonna sell this stuff if it ain’t pretty. We’re not putting our name on nothin’ unless it’s better than everyone else’s,” John recalls her saying. All the produce coming in from the field was sorted into 3 batches: top-quality; second quality, to be sold for a lower price; and discards to be fed to the goats.

So how do you grow top-quality vegetables to begin with? First, McInnis started with quality seed. Specifying that he was in the Sandhills, he asked the NC State horticulture specialists which varieties were most resistant to the local pests and diseases. He selected the varieties in December and January. He recommends growing about 30 different items, including small amounts of some showy ones that might not sell well but will draw attention to your table at the market. Showy ones might include white eggplant, turban squash, or four different colors of bell peppers. John explains, “Have some controversy. Sell stuff they haven’t seen or that Grandma grew,” so that customers call each other and say, “Did you see what so-and-so had at the farmers’ market?”  McInnis also suggests growing some Asian vegetables, such as daikon radish, bok choi, and Napa cabbage, and some Hispanic staples such as cilantro and hot chilies. He also proposed growing cool-weather vegetables like mustard, turnip greens, and bunch radishes for the early and late seasons. Also important: repeated plantings of the same crop to provide a continuous supply and consistency for customers.

Although McInnis’ operation pre-dated the use of plastic mulch and drip tape, he recommends these for keeping vegetables like squashes off the ground. The mulch can be re-used for a second season to save money. Plastic mulch is not needed for vegetables grown in the soil or not touching the soil, such as potatoes or beans.

Ensuring pollination is also important. McInnis paid $30/year for a beekeeper to supply and maintain a beehive on his farm.

For soil fertility, McInnis says to get a soil test and then divide the recommended amounts into small doses and apply them frequently, since the fertilizer tends to leach easily in sandy soil. He also noted that Jeff Vuncannon of EE Vuncannon’s Farm Supply in Ellerbe is helpful with choosing fertilizers. If using chicken manure, McInnis proposes getting the manure analyzed then applying the amount of litter to the agronomic rate recommended. This test can be done at the North Carolina Department of Agriculture and Consumer Services Agronomic lab for a nominal fee. Extension can assist with taking the sample and the forms needed to submit it to the lab.

Certain harvest and postharvest practices can also ensure quality produce. When picking summer squash, McInnis’ workers wore gloves. They held each squash on top and pulled it upward to avoid the fruit being scratched by the leaves. Scratches from leaves or sand “are what make the squash ugly by the second day.”  The squash was picked in the morning as soon as the dew dried. Squash picking was finished by lunchtime before the fruit had accumulated heat. From the field, the harvest went into a cooler. N.C. Cooperative Extension can assist growers in understanding crop cooling needs, and suggest technologies to provide cooling for just about any budget.

At the market, McKinnis wanted to be the “Wow!” vendor at the market. He arranged his produce to look abundant, colorful, and diverse. Unlike for a grocery store, different sizes of the same item (such as squash) are acceptable as a more natural, homegrown look at a farmers’ market, “as long as they’re not as big as baseball bats or as thin as a pencil.”  In addition to keeping his displays orderly and clean, McInnis took care to dress neatly and look well-groomed when selling to his customers. Thirty years ago, the market had 300 – 400 customers and McInnis and other grower/vendors could sell thousands of dollars of produce each market day.

By careful choice of crops and varieties, good quality control during growing, harvesting, and sorting, and thoughtful presentation at the market itself, local growers can maximize their profits and better serve their customers. To find out how Extension can help you grow better quality produce and earn more money at it, call 910-997-8255 or email me at nancy_power@ncsu.edu. 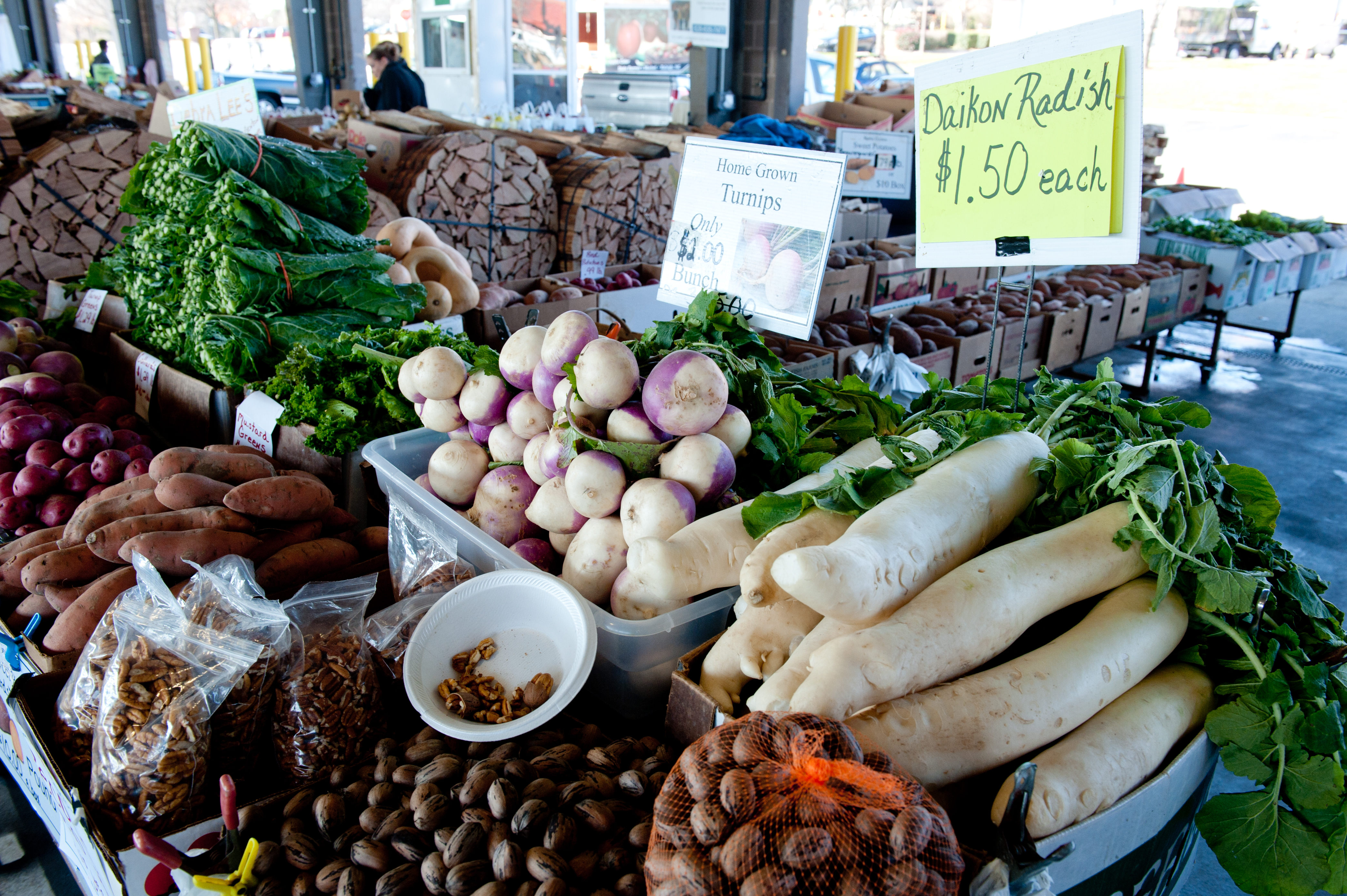