Earth Day Should Be Every Day

Find this article at:
go.ncsu.edu/readext?601179
— Written By Paige Burns 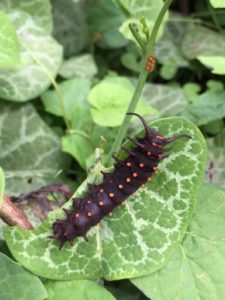 In case you were unaware, Monday, April 22, 2019, was the 49th Earth Day celebration. Earth Day was created to provide information and motivation on critical environmental issues going on around the world. According to the Earth Day website, the movement today works with more than 75,000 partners in almost 192 countries around the world. “More than 1 billion people now participate in Earth Davy activities every year, making it the largest civic observance in the world”. That’s pretty impressive!

The first Earth Day, on April 22, 1970, was the beginning of the modern environmental movement in the United States. On that day, millions of people protested the effects of the industrialism, including polluted air, water, and the impact of toxins and pesticides on wildlife and species diversity. The Cuyahoga River in Cleveland, Ohio had caught fire in June of 1969 due to the extremely polluted conditions from the factories along the shore. The steel mills and factories dumped untreated industrial waste into the river, a practice followed all over the country. The Cuyahoga River fire in June (though it was not the first time the river had caught on fire) captured the attention of the country and the new president, Richmond M. Nixon, who had made air and water pollution one of his policy priorities. Shortly after the first Earth Day event, the Clean Air Act, the Clean Water Act, and the Endangered Species Act, were all passed, as well as other important environmental laws. Though not without controversy, the passage of these regulations resulted in reduced air pollution and industrial discharges into water, improving both air and water quality. Iconic species such as the bald eagle, grizzly bear, and grey wolves have recovered enough through the work of the Endangered Species Act to be removed from the endangered list.

Earth Day is now a global movement. New environmental concerns such as rising sea levels, increasing carbon dioxide levels in the atmosphere, increasingly dangerous weather events occurring across the globe, and the pervasiveness and health impacts of plastic in our environment, including the earth’s seas and wildlife, are issues of concern all over the world. This year, the theme for Earth Day 2019 is “Protect Our Species”. Widespread human development and activities are negatively impacting habitats and species diversity. Numerous recent articles have highlighted new research on declining insect biomass across the globe, and for several years people have realized honeybee populations are declining. Not only does the honeybee and other pollinators’ activity directly impact human diet – one-third of the food we eat must be pollinated – but other insects are directly consumed by animals throughout the food web. Frogs, lizards, snakes, birds, foxes, opossums – all depend on insects for part of their diet.

A couple of articles in the New York Times recently threw down the gauntlet of a new paradigm, which those of us in charge of yards and lawns will do well to consider. While (sometimes) lovely, the American lawn has an outsized impact on the environment when one considers all the herbicides, pesticides, water, and petroleum used to create that perfect green carpet. When it’s done right, there’s a beautiful lawn that’s not good for much else than to be admired from the neighbor’s window. There are no flowers in the grass, so no forage for bees or other insects. No seeds for birds, no habitat for toads. As much as I hate to say it (a green lawn IS lovely) it’s a green desert, devoid of life.

Harsh words, I know. I’m not asking anyone to give up their lawn wholesale, however. Maybe just reduce the part of the yard that’s kept in short, green grass and increase the part of the yard that is native trees, shrubs, and flowering plants that bring in the birds, bees, and butterflies. We are fortunate here in the Sandhill’s that we have pinestraw, a widely available, natural and native groundcover. We have all been conditioned to believe the green lawn is the pinnacle of beauty when, in reality, the time, money, and energy spent on lawns could be spent in ways that provide an equally beautiful space which could also host precious living creatures on which our own lives depend. As I shared in a recent talk, human development is anticipated to increase 192% in the southeastern United States over the next 25 years. In essence, there will be one giant suburb running from Raleigh to Atlanta. Where will all the animals live if the majority of the space is suburban lawn and strip mall parking lots?

Often, we can feel overwhelmed by the futility of a problem so great, there’s no impact we can reasonably make in our own lives to change it. Not so in this case. YOU have the ability to create habitat in your own yard. With proper plant choices and a little know-how, your yard can become a refuge and host birds, butterflies, and pollinators. Most native plants are relatively drought resistant, and after establishment require almost no additional watering. Tolerate a little damage by allowing the leafcutter bee to create perfect circles in the leaves of your rose bushes. Hummingbirds eat insects as well as sip sugar water, so refrain from spraying insecticides on trees and shrubs. North Carolina Cooperative Extension has many resources, from native plant lists, to information on earth-friendly pesticides, to guides on creating wildlife-friendly habitat, to inspire you. Stop by our office at 123 Caroline Street and let us know how we can help you!