We will be closed on Tuesday, October 4th for Professional Development Conference. Please leave a message at 910-997-8255.

Find this article at:
go.ncsu.edu/readext?472966
— Written By Leeann Crump
The Southern rural development Center is proud to honor Susan Kelly as the 2017 co-recipient of the Bonnie Teater Community Development Early Career Achievement Award. Kelly is a County Extension Director with North Carolina Cooperative Extension.
(The following PSA was printed in the Richmond County Daily Journal on June 22nd).
Kelly worked as the County Faculty and Extension Director in Sumter County, Florida, 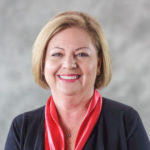 from 2005 to 2013 when she then became the County Extension Director in Richmond County, North Carolina. Much of her work in this county has been with local food system development. She implemented the Green Field Initiative in support of the Stronger Economies Together Initiative, which has been recognized as a success by the USDA. As part of this initiative, Kelly also took the lead on the development of a regional food hub, the Sandhills AGInnovation Center. In support of these two projects, Kelly was able to secure over $650,000 in grants.
In addition to foods, Kelly focused her attention on the revitalization of downtown Rockingham, the county seat for Richmond County. She helped re-energize the Downton Rockingham, and because of these efforts a historic downtown property was donated in 2015. Several other new businesses have, or will, be relocating to downtown Rockingham because of the assistance and expertise of Kelly. Also, as an extension agent, much of Kelly’s work has focused on program marketing and communication through a number of successful newsletters that she manages.
Along with her work for North Carolin Cooperative Extension, Kelly has also been very active with the National Association of Community Development Extension Professionals (NACDEP). She is currently in her second term as Southern Region Representative and member of the NACDEP Board of Directors. Previously, Kelly served as the Chair of the Communications Committee where she worked to create a member portal for the NACDEP website, as well as developed dynamic social media strategies for the organization as a whole. Kelly Nix, President of NACDEP, noted that, “Despite the overwhelming amount of work that everyone has, Susan consistently finds ways to help others on the board to enhance the overall Mission of NACDEP.”
On behalf of Kelly’s nomination, Sheri Schwab, Associate Director and Director of County Operations for North Carolina Cooperative Extension stated, “She is a dedicated professional who has grown and nurtured her community into a better version of itself, and given them the tools to build and sustain this for themselves. She is one of those CRD professionals who loves a challenge, because she has what it takes to work through, and with, others to bring people together.”
Clearly, Kelly’s portfolio of contributions in the field of community development embodies the spirit of this prestigious award. Thus, it is most fitting that Susan Kelly be honored as the Southern Rural Development Center 2017 co-recipient of the Bonnie Teater Community Development Early Career Achievement Award.
share Share This Article